Coffee Masters debuted in 2015 at The London and New York Coffee Festivals. Now well into its fourth year, the competition has catapulted its winners to star status on the global coffee scene.

Case in point? Agnieszka Rojewska, who won Coffee Masters – London in April, before becoming World Barista Champion last month.  With $5,000 on the line, and the prestigious platform of Coffee Master, this is a bona fide heavyweight championship.

For those training to win, it’s no easy task. From fine-tuning your palette to recognise beans of different origins, to developing world-class latte art skills and creating a stand-out Signature Drink, it requires reems of dedication, passion and hours. Then the competitors have to perform in front of a high-octane crowd… No pressure.

“I always thought Coffee Masters was a competition for some kind of coffee gods,” said Rojewska. Then she won it.  To follow in the footsteps of these champions, you have to be charismatic, talented and primed with knowledge.

Fancy your chances? We interviewed the past champions and made a portfolio of their greatest learnings. Read them below and, if you can take the heat, apply here for Coffee Masters 2019 – London. 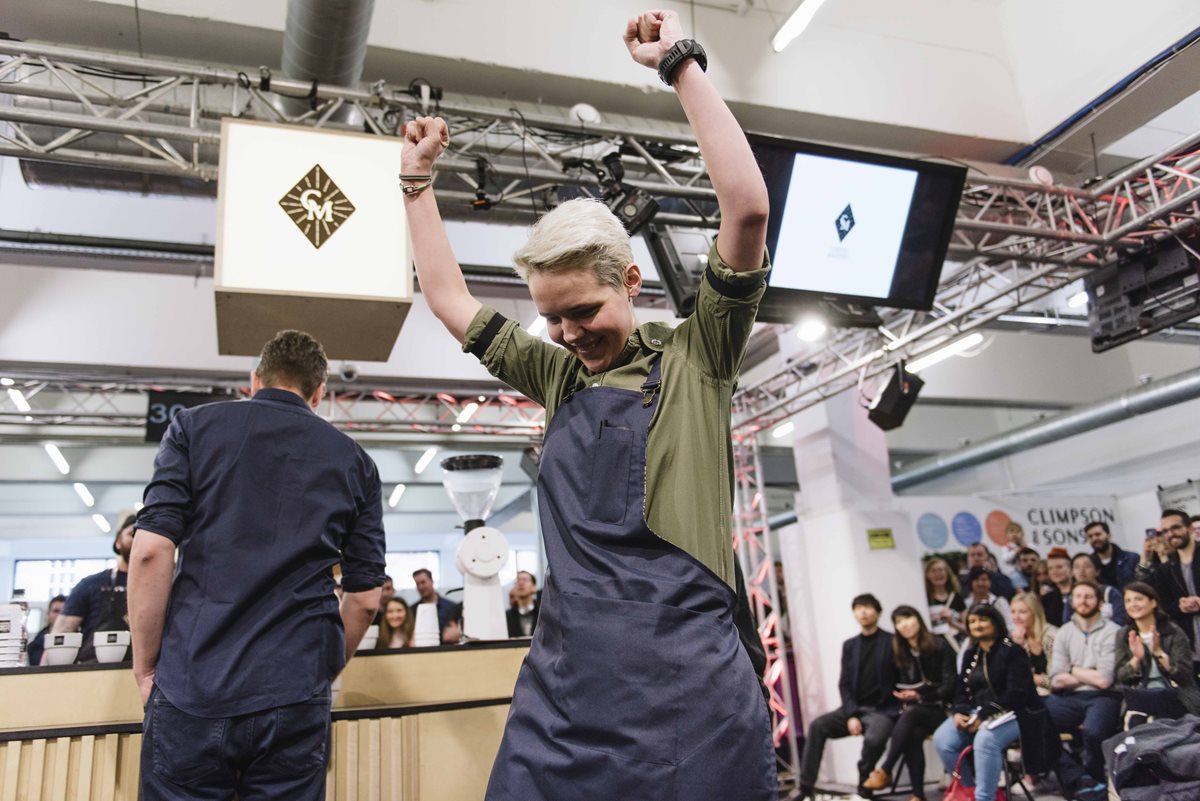 When was your first Coffee Masters?
In New York 2017, when I was 30 years old. I came second to Erika Vonie in an all-female final.

When did you win?
Less than a year later, in London 2018. I was so happy. Coffee Masters is a complex and demanding competition, so winning it left me smiling for days after. Before the announcement was made, I felt very stressed; I had put myself under a lot of pressure. But when they called my name it all went away.

What were your most memorable learnings?
All competitions are different, but Coffee Masters is the one that covers all elements of a barista’s skills. The biggest challenge is how you work under stress, and how you manage yourself in new and dynamic situations.

You can’t prepare for what is going to happen when you step up on that stage, and you have to maintain a high level of focus at all times; it’s a four-day competition, and the final is two houses straight. From that, I’ve learned how to make quick decisions and how to adapt to almost any situation.

It’s also imperative to prepare for every round and discipline equally, and not leave any element to luck. You never know if your biggest skill might fail you at the last minute, so you have to be just as good at all the disciplines. It’s such a complex competition that you can’t win with only one strength.

What’s next?
I have just won the World Barista Championships and, who knows? I might also participate in Coffee Masters – New York again and try to win the double. 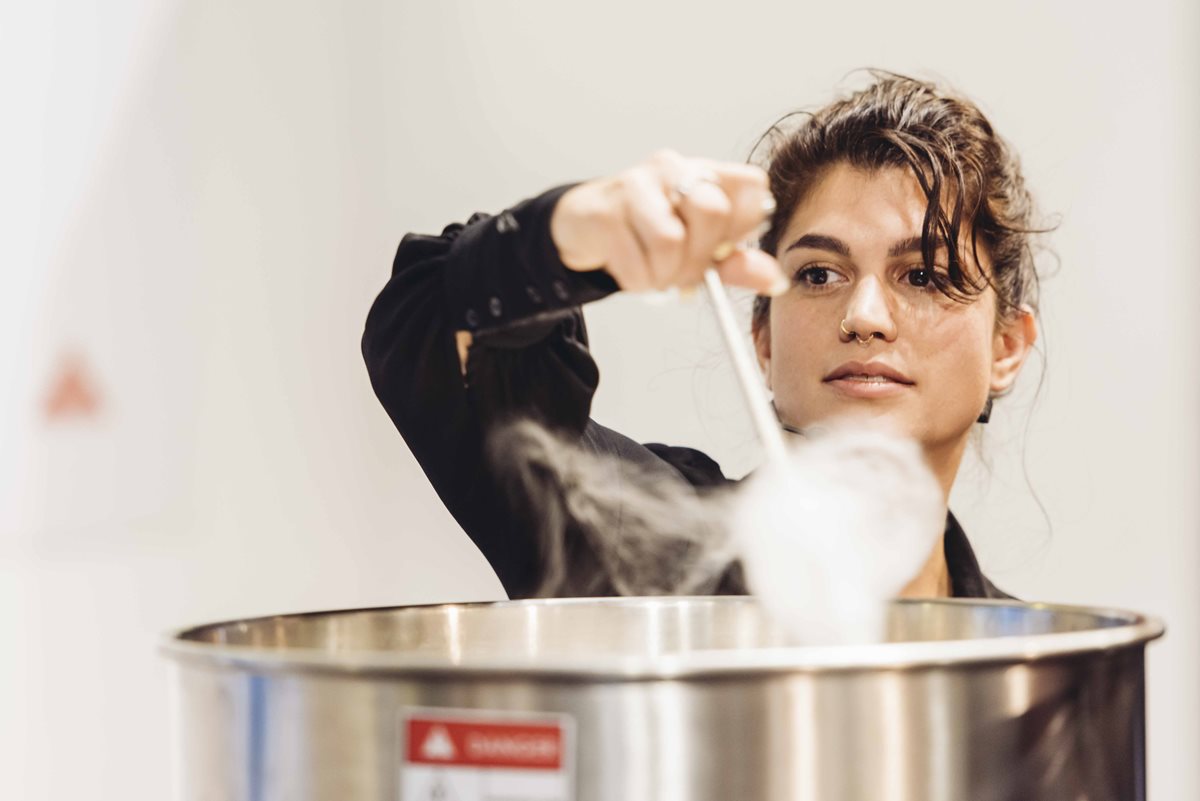 When did you win?
One year later, and it felt surreal. I had been a competitive barista for four years, and winning was my greatest professional achievement yet.

What were your most memorable learnings?
To trust myself and my talents, and to rely on my network. They stepped up when I had no one to sponsor me and nowhere to practice, having left a difficult work situation with no back up job. Winning Coffee Masters is literal proof of my skillset and the confidence it has given me is immense.

My most memorable moment was the order round during the finals. I used one of the shots I had dialled in as ink, and one of my long, fake nails as a nib. I dipped my nail into the spent espresso and used it to mark off the drinks I had completed, which allowed me to finish with thirty seconds left.  I cheered Aga on and she placed her final drink with one second to spare. We were the first competitors to both successfully complete the order round in the finals. In that moment I knew that I was exactly where I deserved to be; going head to head against one of the best baristas in the room.

What’s next?
I have continued working at Crop to Cup Importers in Brooklyn, getting experience on that side of the supply chain, and meeting roasters from all over the USA. I’m currently working on some next steps in coffee, such as R&D, QC and Beta testing for brands. I also have an idea for a webshow kicking around, and hopefully I’ll find time to squeeze it in alongside my traveling and consulting work. 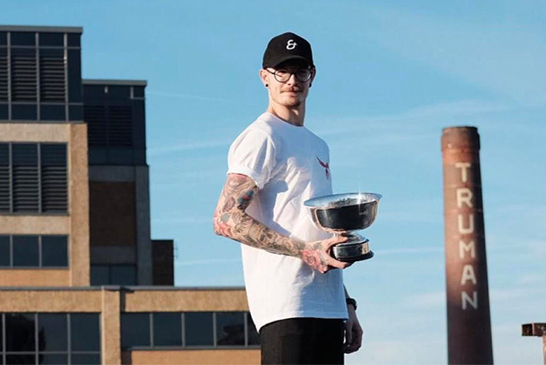 When was your first Coffee Masters?
In 2016. I was 22 and it was my first competition ever.

When did you win?
In 2017, and it was an unreal experience. I didn’t expect to do well considering my anxious personality, but my purpose for competing was to train really hard and better myself.

What were your most memorable learnings?
Competing in the final against my trainer, friend and total boss, Nick Mabey. It’s something we had always joked about, but I never thought it would happen.

Throughout the 2017 competition, we were backstage providing each other with support and helping formalise a game plan, or in the crowd cheering each other on.  We had been sharing equipment throughout the competition and when it came the final we had a mad dash to source additional bits we needed to compete.

I suffer severely with anxiety and having someone across the table that has always been there to help me was calming and helped me keep my head together when internally I was in meltdown.

My biggest take away from competing is that every experience is an opportunity to learn, and competing to win will leave you frustrated 99% of the time.  Use it as an exercise to grow and don’t compare yourself to others.

What’s next?
Since winning there have been a few changes. I now work at Assembly Coffee, and have done talks and judging in different parts of the world.  I don’t have any plans to compete right now. Instead, I am trying to produce insights and material to help people around me side-step some of the short comings of our industry. 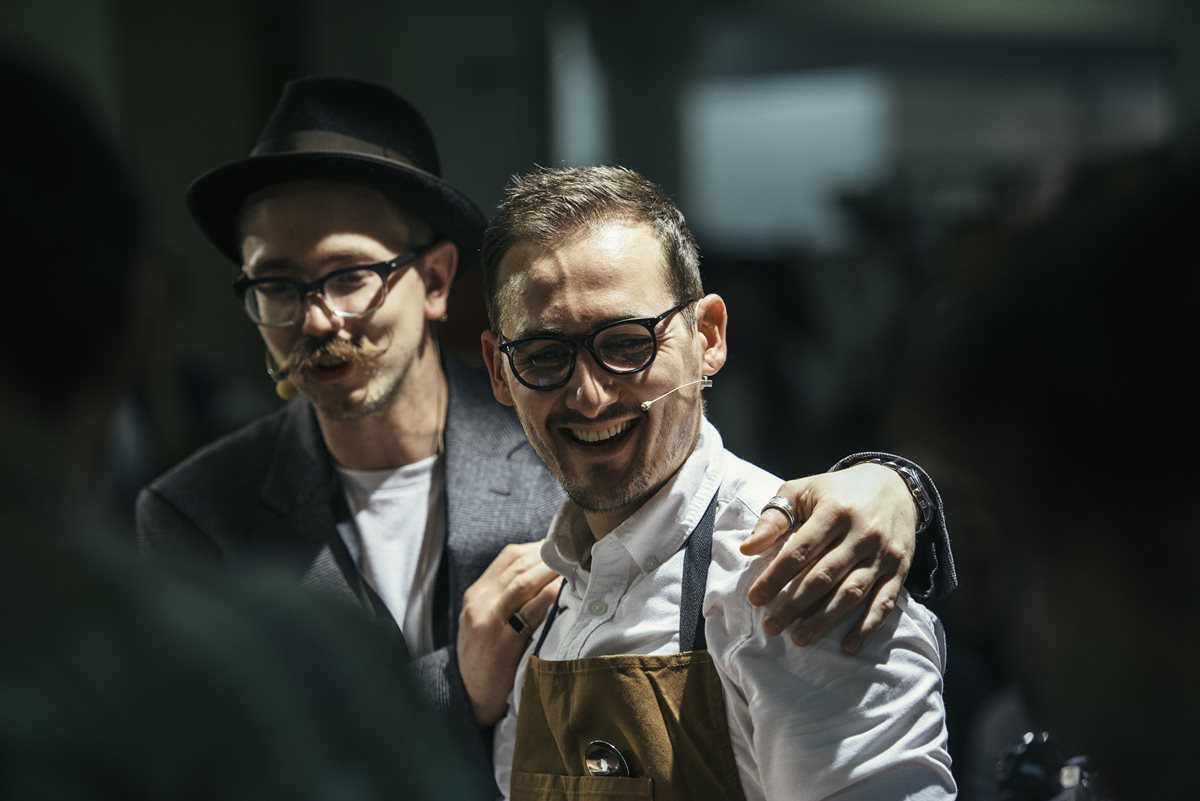 What was it like competing in the first ever Coffee Masters?
It was a blast. I had a lot of fun, especially because in Coffee Masters you’re able to completely be yourself, rather than spout off a rehearsed, artificial script. Talking to the judges whilst grappling with each challenge was a strange mix of scary and relaxing.

How did it feel to win?
I never expected to win, especially as I was one-on-one with established coffee experts. I competed against Matt Perger, Ben Morrow and Patrik Rolf-Karlsson, all of whom have buckets of experience in competitions and high-pressure situations.

It was when I got a clean sweep in the tasting round I thought I might have a shot.  Staying calm and engaging with the judges and the crowd sent a nice message out. I wanted to play a server throughout the whole thing rather than a coffee nerd.

What were your most memorable moments?
Beating Ben Morrow at Latte Art was cool, as I had assumed he would trounce me. Thankfully, we had dice patterns come up that I could pour well (like the basic heart) rather than anything too fancy. If a tricky pour had come up I would have easily lost.

When I was against Patrik in the final, he put ear plugs in to drown out the crowd whilst he cupped. I thought ‘This dude is serious!’ But then I managed to get them all right despite the crowd and lights.

What have you been up to since?
I am still with Workshop Coffee and loving it. I’ve since stepped back from bar work to do more advanced development with our baristas, cuppings and in-depth coffee training. I am also developing our green coffee program with Richard Shannon. We travel to different countries to find the best coffee we can and develop the relationships we have with our producers and exporters.