Coffee Masters™ is the fast-paced, multi-discipline global barista tournament taking place annually at The New York Coffee Festival. The next competition will be held in New York, October 7 – 9 2022.

The competition sees some of the world’s best baristas compete head-to-head in a series of disciplines for the prestigious Coffee Masters title and a $5,000 cash prize. 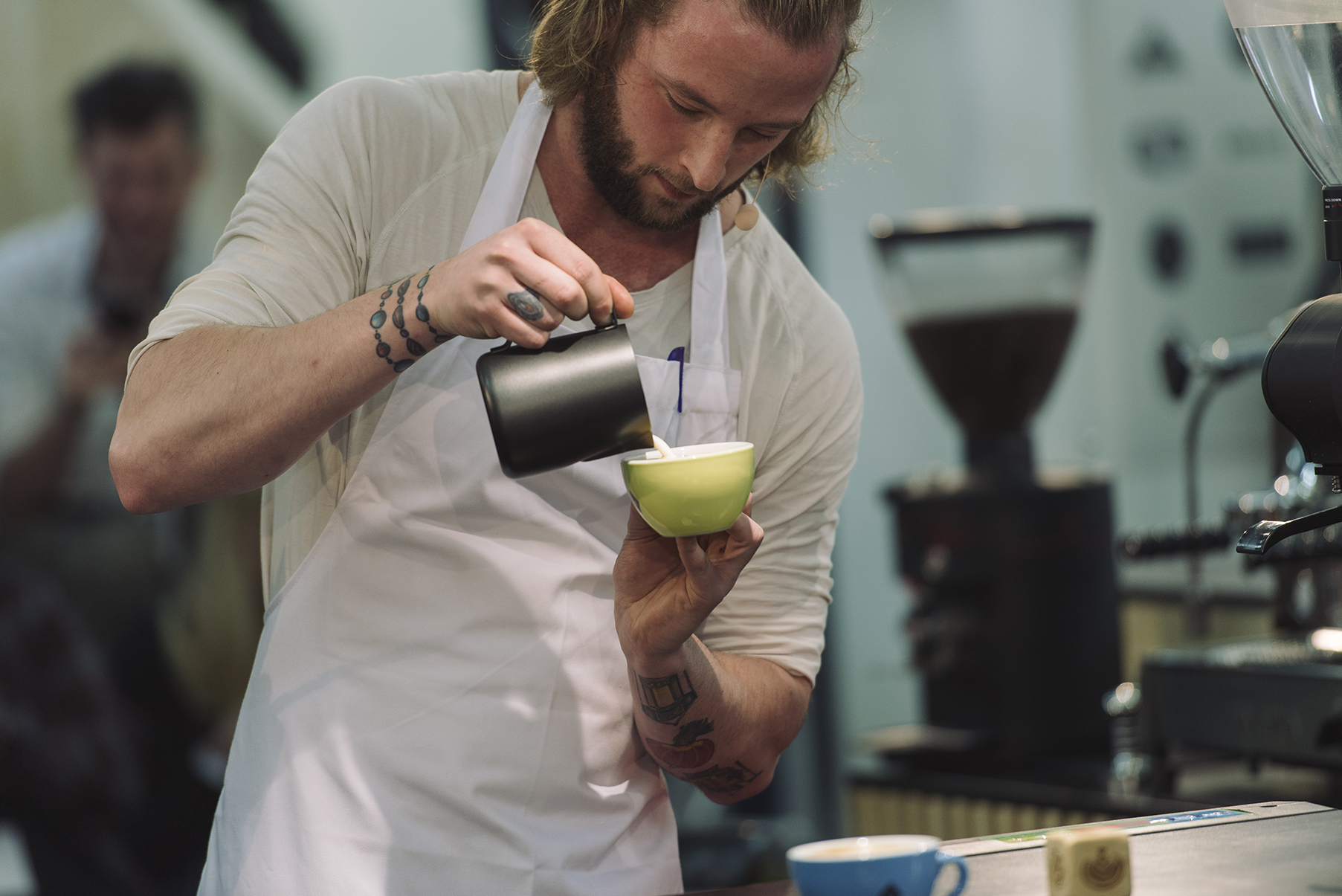 During the competition, baristas undertake seven different challenges that emulate the busy working environment of a professional barista. These disciplines are designed to test a barista’s skill, timing and presentation as they compete head-to-head in each fast-paced battle.

You’ve made it to the live rounds. Now it’s time to showcase your unique skill, talent, knowledge, showmanship and professionalism, all whilst impressing our world-renowned line-up of judges.

The Cupping, The Brewing, The Signature Drink

Round one is the shortest of them all, so be ready to make a showstopping first impression to get the judges on side and wow the crowd. Contenders will compete one-on-one in a high-octane battle format, aiming to gain maximum points. This is the only round that doesn’t adopt a knockout format.

Comprising The Cupping, The Brewing and The Signature Drink disciplines. This is a chance for contenders to showcase their knowledge, test their palette and nail their Signature Drink live on stage. Who can withstand the time pressure, the live audience and questions from the judges? Only time will tell.

The eight highest-scoring baristas will qualify for the Quarter-Finals, whilst the rest will be instantly eliminated.

The Origin, The Brewing, The Latte Art, The Order

From here on out, a knockout format applies; the contender with the highest score in each one-on-one battle will progress, and the other will be eliminated.

With increasingly longer time on stage and more disciplines to complete, the heat is on. These quick-fire back-to-back disciplines separate the world-class working baristas from the rest of the pack. Now is the time to dig deep; contenders will compete with professionalism and efficiency, showcasing their skill with panache.

The judges will name one winner from each of four battles who will proceed to the Semi Final.

The Cupping, The Espresso Blend, The Latte Art, The Order

The Final is almost in reach, with just 55 minutes of high-performance to go. Now is the time to step it up a notch.

Contenders will fight to up their game on disciplines they’ve now already completed at least once. They’ll show the judges how well they respond to feedback given in previous rounds. Top baristas learn quickly – how can each improve?

The judges will test contenders more than ever with questions and the crowd will intensify. These two knockout battles are some of the most exciting moments of Coffee Masters, where four baristas give their all to qualify for the grand final.

The Origin, The Brewing, The Latte Art, The Order, The Signature Drink

Two baristas have passed three days of tests with flying colors. It’s time to reset the scores and bring on The Final. The Coffee Masters title and cash prize are in sight. Who will edge out the other barista and take the championship?

Contenders will go head-to-head one last time in a final act to impress the judges, who watching their every move, questioning and testing every element of their showcase.  Earning the title of Coffee Master means mastering all elements of coffee.

It’s then down to the panel of expert judges, who will have the final say. The highest scoring barista will be announced as Coffee Master, taking home the trophy and a cash prize.