Jordan Michelman – co-founder and senior editor of Sprudge.com, the world’s most popular online coffee publication – gives us his take on Coffee Masters ahead of The London Coffee Festival…

In life as in coffee, there’s something so wildly exciting about the first time. This year’s London Coffee Festival is home to the inaugural run of Coffee Masters, an innovative, multi-disciplinary coffee event unlike anything else I’ve covered in my five plus years as an editor and co-founder of Sprudge. Few events are as extensively international and baldly ambitious as Coffee Masters, but the truth is, I’m not entirely sure what to expect; it is the first time, after all.

Here’s what we do know: Coffee Masters was created by Allegra Events with input from DunneFrankowski, a London-based coffee consultancy. The event carries a £5000 cash prize, one of the largest cash prizes in all of competitive coffee, and considerably larger than the purse one wins as a World Barista Champion. The lure of fiduciary reward, plus the glamour of The London Coffee Festival itself, have combined to bring about a remarkable field of international competitors.

They include the past two Australian Barista Champions – Craig Simon and Matt Perger – alongside 2012 UK Brewers Cup champion James Bailey, storied Belgian national competitor and judge Valentine Wanders, repeat Polish national finalist Slawek Saran, Swede by way of Berlin Patrik Karlsson, and many, many more, from spunky newcomers to long distance travelers from Australia, Indonesia, and across Europe and the UK.

This lot will be competing against one another in a series of competitive coffee clashes, including events designed to test prowess in cupping, brewing, latte art, and a ‘real world’ stress test designed to rattle even the most seasoned coffee pro. 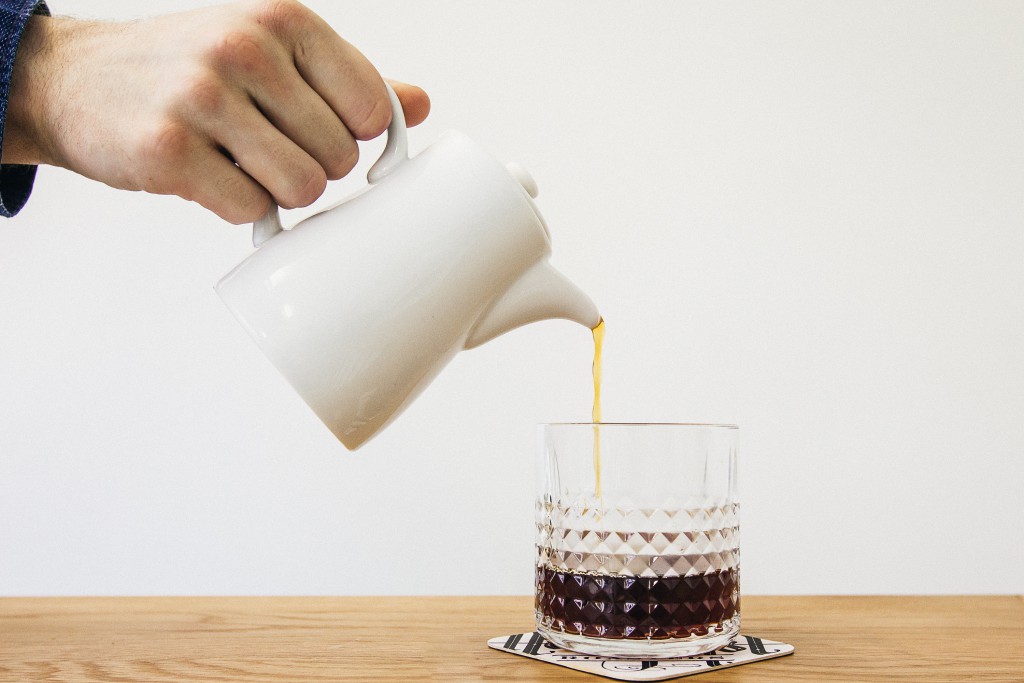 Events like Coffee Masters don’t simply happen out of thin air; they’re made possible by the support and stewardship of sponsor partners. For the debut year of Coffee Masters those sponsors include the following brands:

Volcano Coffee Works – Volcano is a part of the modern specialty coffee boom in London, and are the exclusive coffee sponsors of Coffee Masters at the London Coffee Festival. They’ll be using this platform to launch Assembly, a new brand of espresso blends designed for contemporary cafes.

Mahlkonig – Based in Hamburg, Mahlkonig is recognized around the world as a global leader in coffee grinding technology. Their wildly popular EK43 and K30 Twin grinders are the official grinders at Coffee Masters; these models can be found at the very best cafes in London, and around the world.

Brita – These water filtration experts are providing clean, delicious H20 for Coffee Masters as well as water stations throughout the festival.

Alpro – Purveyors of plant-powered milk alternatives, including soy, almond, and hazelnut drinks. Check out their range of products as part of The Order Discipline, where baristas compete head-to-head to deliver 10 espresso-based drinks against the clock.

The London Coffee Festival is inarguably among the most exciting, essential consumer facing coffee festivals on the planet. I was gobsmacked, for lack of a better word, by the incredible energy at this event as an attendee in 2014, covering the UK Barista Championship.

Coffee competitions can sometimes be cloistered, fringe affairs, but not The London Coffee Festival, where tens of thousands of Londoners of all stripes and tastes are welcomed in by a consumer-facing and seriously fun event that feels more like a gigantic party than a stodgy old trade show. LCF buzzes and hums with a vibrancy that should make other coffee events jealous, and this year’s Coffee Masters adds immeasurably to the din.