Rob Clarijs competed in Coffee Masters three times before taking home the title at the London Coffee Festival in 2019. We catch up with the barista on what kept him coming back, plus, he shares insider tips for this year’s competitors.

What has life been like since taking home the Coffee Masters title at The London Coffee Festival?

When I arrived back home it was so weird how so many media heard about me winning the competition! I got calls from all over the place, magazines, newspapers and even had a couple of live interviews on the radio.

It’s now been a few months, but it still feels quite unreal. Not much has changed in my daily life, but I get the occasional DM on my Instagram from people who want my opinion on a coffee-related product or want to collaborate with me which is pretty awesome! 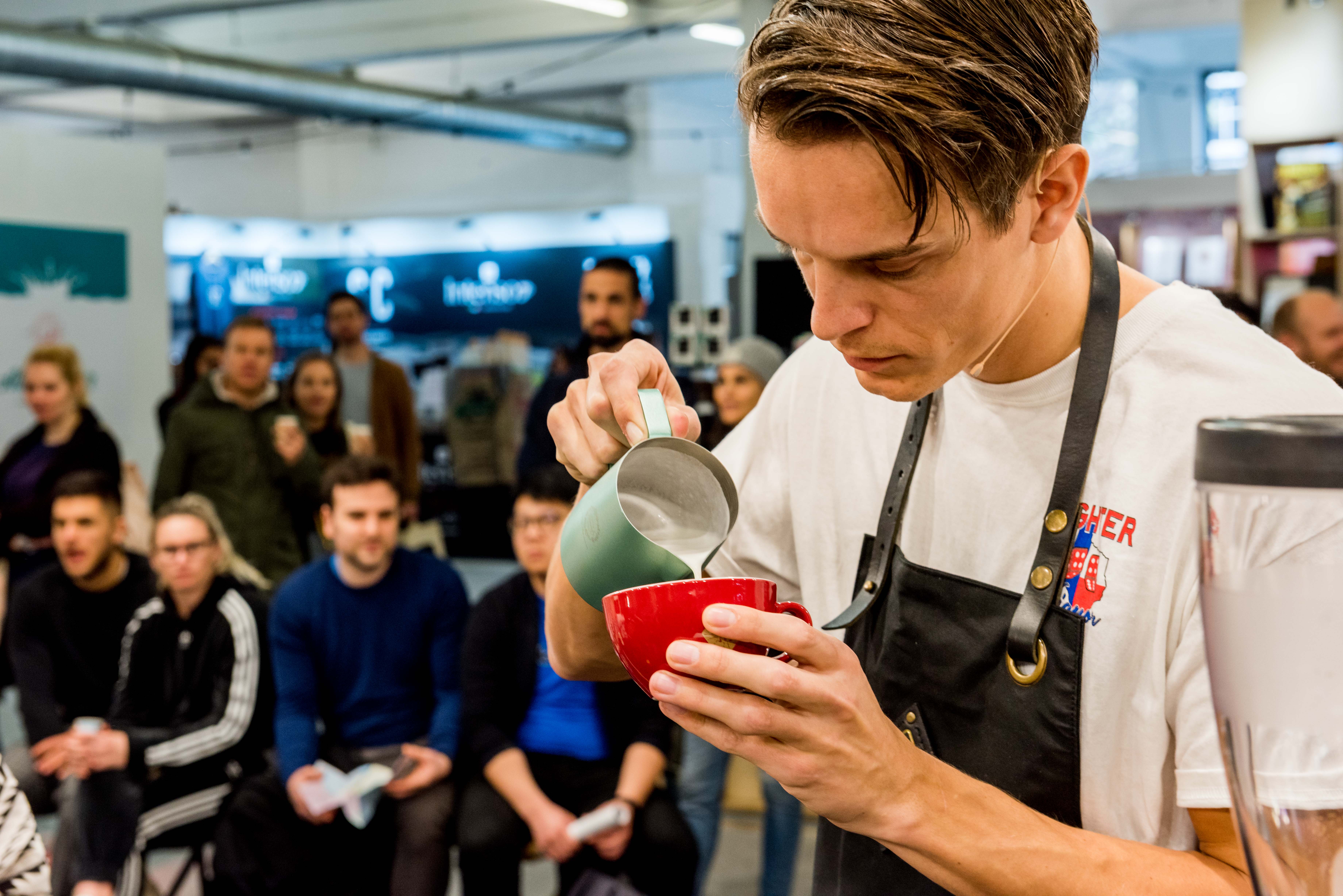 You told Koffiet Cacao that people started recognizing you after the win. Does this still happen? What is it like being recognized as a “celebrity” in the coffee community?

That mainly happened right after the win. When I went to the Helsinki Coffee Festival, people I had never met before looked and would say, “Rob? Right?” That felt so strange!

Also, just a few weeks ago when I was in Bali, a group of baristas recognized me at an event. It’s strange being seen as a “celebrity”, but I guess it’s also part of winning a big competition.

You applied to Coffee Masters four times – what made you continue to come back?

Mostly because I really love the competition. The whole concept, the people. I’ve made so many new friends worldwide because of Coffee Masters and every time I go back I can’t wait to hang out with the other baristas. I still talk to people I met through the competition almost daily ⁠— I now have friends from Copenhagen to Texas and Bristol to Calgary.

Also, I think Coffee Masters is one of the hardest competitions there is, where you actually get tested as a coffee professional. I remember the first time I competed, I thought to myself ,”this is like quadrathlon for coffee, it’s impossible!”

What advice do you have for a barista who has previously competed?

Grow from your mistakes, never stop learning and most importantly have fun (both on stage and off). Competing in CM can result in two things, having a great time and winning the title. One of those things is very easy, the other isn’t. Make sure you check the easy one off your list and the other might follow.

What advice do you have for a barista who is just starting out or who is applying to Coffee Masters for the first time?

Just try it. You’ll learn so much and meet so many great people. What’s the worst that could happen? 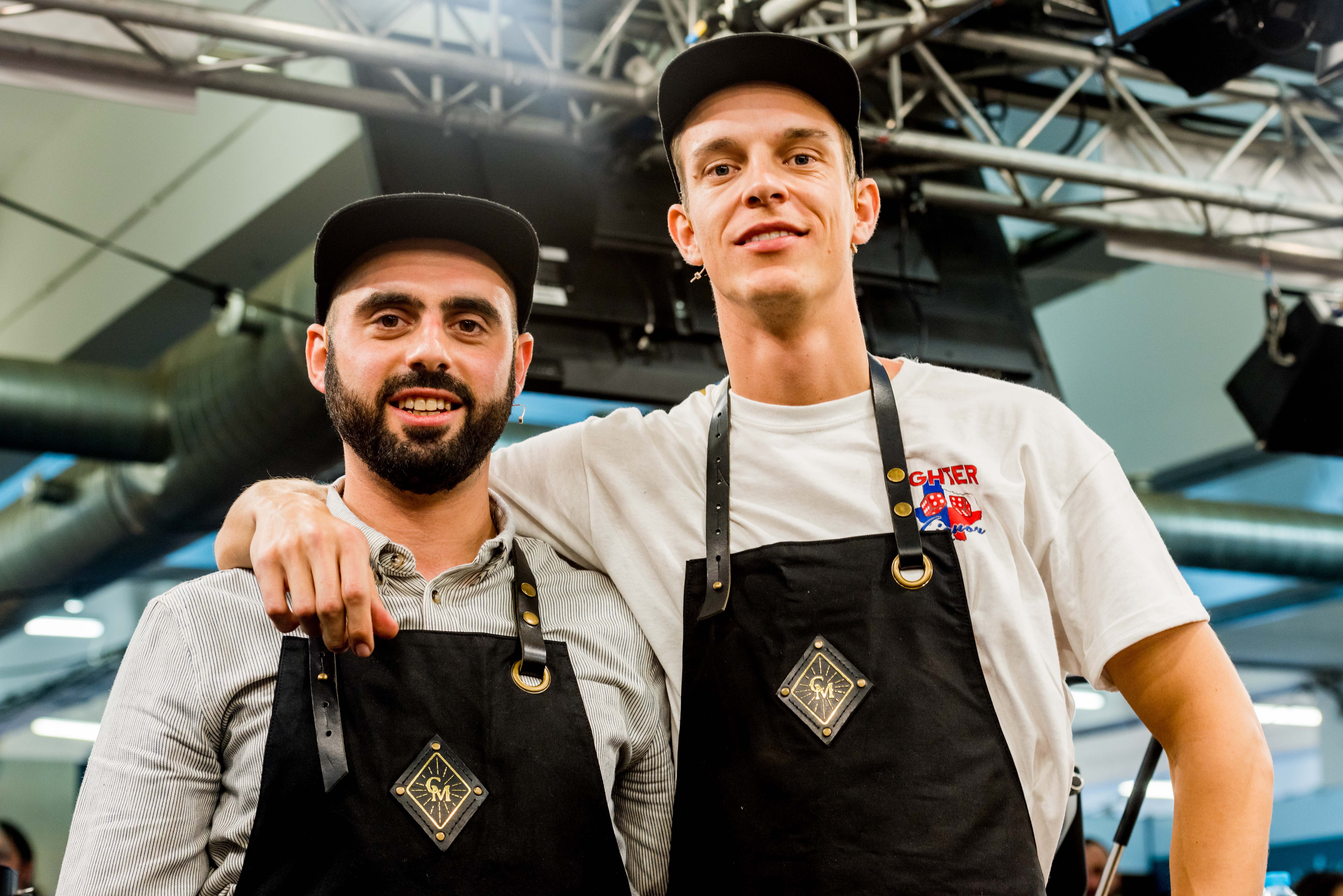 Who are the baristas to watch out for at the Los Angeles Coffee Festival 2019 Coffee Masters?

You’re a signature drink record-breaker. How did you do it?

Making a signature drink is very personal, I think you should make something that you really love yourself and then others will also love it. Preparing for the event, I talked to a few bartenders and chefs, exchanging ideas, tasting-notes and thoughts ⁠— getting an honest second opinion always helps.

What’s your favorite Coffee Masters memory? (Other than winning, of course!)

It was in the semi-finals, when I had to do the ‘Order’ discipline, which meant making ten double shot drinks in nine minutes. I started pumping out drinks, talking to the judges, talking to the MC’s, having a great time. Then, when the buzzer rang, with a stoic face, judge David Donde handed me a note with a smiley face and the words “well done” written on it.

What went through your head when your name was announced as the winner of Coffee Masters London 2019?

That moment feels like an actual dream! Everybody is watching you, which makes it even more awkward, but all I could think was, “I did it! I actually did it!”

Why should festival attendees come and watch the competition?

So they can get on the nerves of the competitors, haha! And because it’s such a fun competition to watch. It’s nerve-wrecking, even for spectators. You see people on stage doing their very very best, shaky hands, close-up shots of pours, high pitch slurping noises, amazing latte art, high pace order smashing, all in one competition. Plus, you might even get a coffee made by the winner!

You can see what Rob is up to by following him on Instagram here.

Want to apply to Coffee Masters USA 2019? Submit your application, along with your Signature Drink video here. Applications are due by September 8! ​