Poland’s Agineszka Rojewska was crowned Coffee Master 2018 at The London Coffee Festival in April, making her the first ever female to take the title in London. Just this weekend, she also became the World Barista Champion, cementing her place as a formidable competitor on the world stage. With the two biggest titles of her career under her belt – Coffee Master and World Barista Champion – Rojewska tells us what it takes.

In the aftermath of her historic Coffee Masters win, Rojewska says, “this year, the level of baristas was super high, and being the first female to win in London makes it even more special for me. I’m proud to ‘clear the road’ for the next one.”

This is by no means her first serious shot; Rojewska is the four-time Polish Latte Art Champion and has won the Polish Barista Championship three times. It’s the second time she has competed in the final of Coffee Masters, having lost to Erica Lee Vonie last year in New York. This time, she just edged out runner-up Rob Clarijs, of Dasawe Coffee Roasters, in a painfully close final which saw her take the title.

But how did it all begin? On Thursday 12 April, 24 baristas from across the world took to the stage, where they were tasked with showcasing their skills in a series of head-to-head challenges. Rojewska dazzled judges over the seven key disciplines, which included; The Cupping, The Brewing, The Latte Art, The Order, The Signature Drink, The Espresso Blend and The Origin, which tests the barista’s ability to identify coffee origins by taste. Her winning signature drink was a take on the gin and tonic, using a pour-over of her Ugandan coffee from the Mzungu Project, roasted by Gardelli Specialty Coffees. 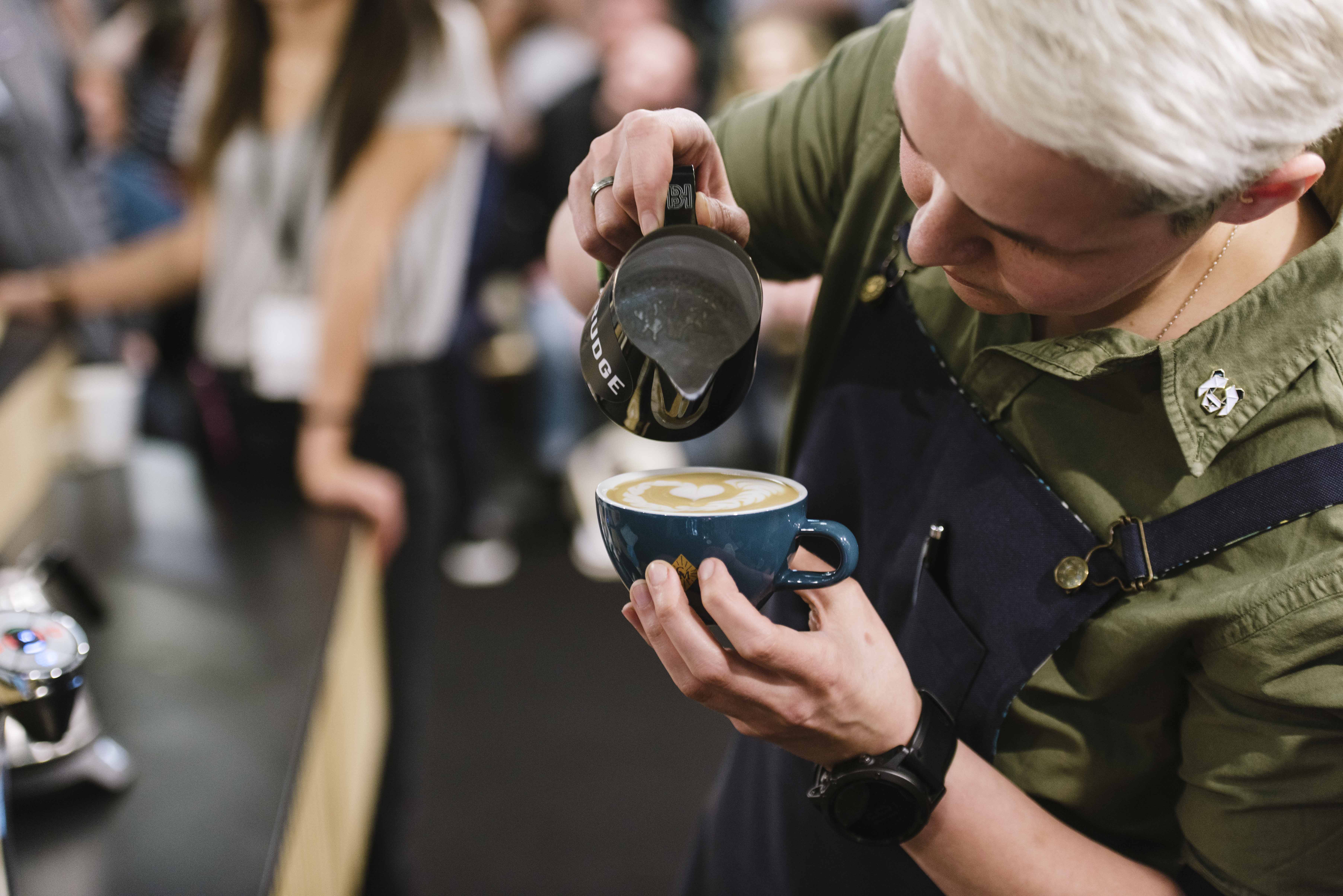 “I always thought that Coffee Masters was a competition for coffee superheroes, with superhuman abilities,” she said. “When I decided to compete, I didn’t even dream that I could reach a final, let alone win it. To come out on top in this international competition at one of the biggest events I’ve ever seen is a huge milestone in my coffee career.

When I held the trophy up, I had a moment of realisation that all the hours of hard work, training and pushing yourself every day not only make you a better coffee professional, but also a better person.”

Clarijs, who has also previously competed in Coffee Masters at The London and New York Coffee Festivals and whose first time it was reaching the final, also made history this weekend by achieving the highest score ever for his signature drink. ‘The Pink Valley’ uses the Beanspire coffee from the Pineapple Fermentation Project, fresh cascara pineapple shrub, Rosella Ginfusion, ginfused and flambéd pink lady apple and rosemary garnish.

The judging panel was made up of seven top industry experts, including industry legend, Tim Wendelboe. It was headed up by Anne Lunell, a Swedish Barista and Brewers champion, and the visionary behind Koppi.

The next Coffee Masters will take place at The New York Coffee Festival, October 12-14.